Incline Village, Nevada – Stage CMDR Lake Tahoe/Reno branch was called upon for a special staging project that took place right on the beautiful beach front of Lake Tahoe. This project was not like many projects where the stage was being built on flat ground. The design scope was, that the client needed a stage not only that looked so impressive that it would add extreme value to the over look of the stage, but it has to built in a certain place located in a backyard of an estate located right on the water in Incline Village.

When a site survey was completed, it was determined that there was around a negative 3 foot of slope from one corner of the stage to the opposite side. In between the 2 corners it was a series of rolling mounds and uneven ground.

Projects like these that not even a handful of companies in the entire country can execute flawlessly, call for certain companies that specialize in building structures on all types of terrains no matter the degree of slope. That is one of two reasons Stage CMDR was selected for this particular project. While other companies would pass on this project, Stage CMDR said, “For Us, No Problem!”

Not only did the stage support a huge stellar performance for one of American Idol’s winning candidates, it also was solid as cement, perfectly level and just overall a beautiful looking stage. The performers, guests and client could not believe that a stage of that caliber could be built in the spot where it was built. 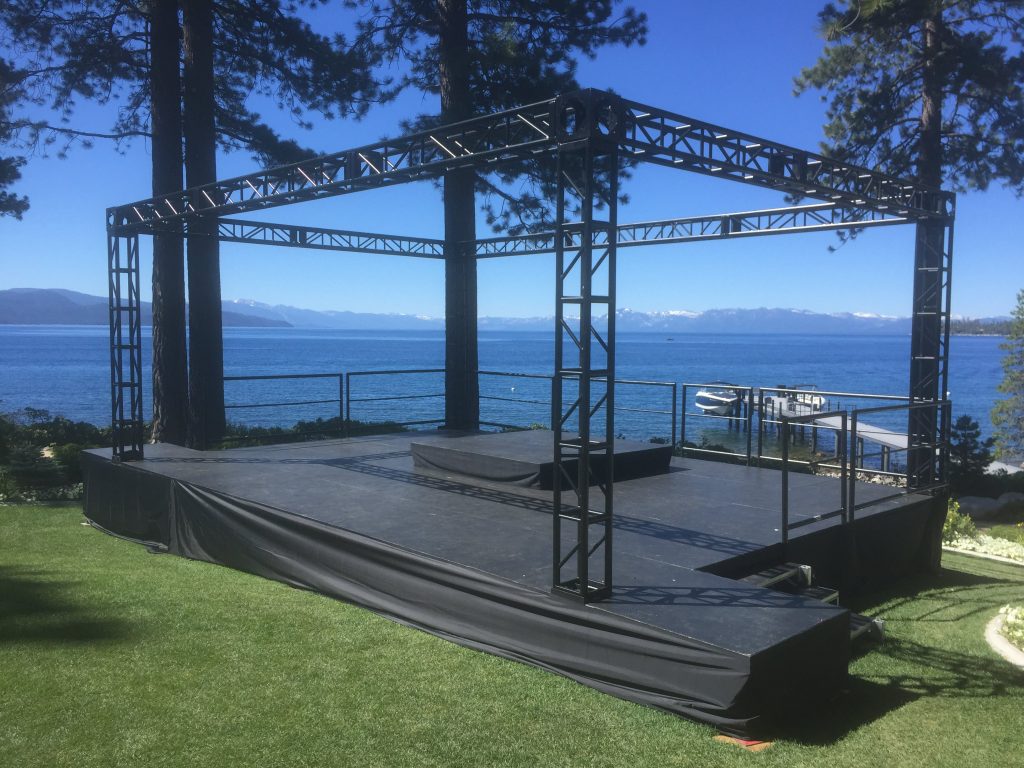