Las Vegas, Nevada – Stage CMDR’s newest branch location, located in Las Vegas, Nevada, was called upon to design and install a large subfloor stage over a pool and a portion of the back yard of a private residential home. The design concept called for the portion that was over the pool to be covered with Stage CMDR’s “Commander Plexiglass Decks”. Small portions of the pool on the left and right side and portions of the patio where covered with Stage CMDR’s black “Commander Decks”. Those portions created 1 level surface over most of the back yard areas. Stage CMDR also provided drop in water LED fixtures which enabled the client to change the color of the water to a color of their liking. After the install was complete, the entire backyard was covered with a large tent which later had decor lighting installed by a lighting company. The Lighting was rigged in the tent and the tent was 95% installed on top of the pool cover. Thus leaving the tent, lighting equipment, dancing guests and the band, all being supported by Stage CMDR’s decking over the pool.

The pool cover was to be for the dance floor for the guests. Also it was used to support the live band and all of their equipment. This special 2 day event was a rather large Halloween party that made way for over 800+ in attendance.

The client had used another company for the past couple of years and had decided to hire a company who primary specializes in pool covers. Stage CMDR was chosen for this project because of its previous pool cover portfolio, they employ an “Underwater Stage Scaffold Dive Team”, condition of equipment used & its weight load rating, company safety rating, and the estimated time of execution for install (which was executed in under the time deadline that was set). All of which was not received from the previous company the client used for the previous 2 years.

Comments from the client where, “I decided to hire a company that specializes in these types of projects and I was more then pleased with my choice this year. It’s gonna be hard to top this one next year, but I will definitely be using you guys again and will recommend you to anyone in need of your services. Thank you! The stage over the pool was definitely the high light of the party this year” 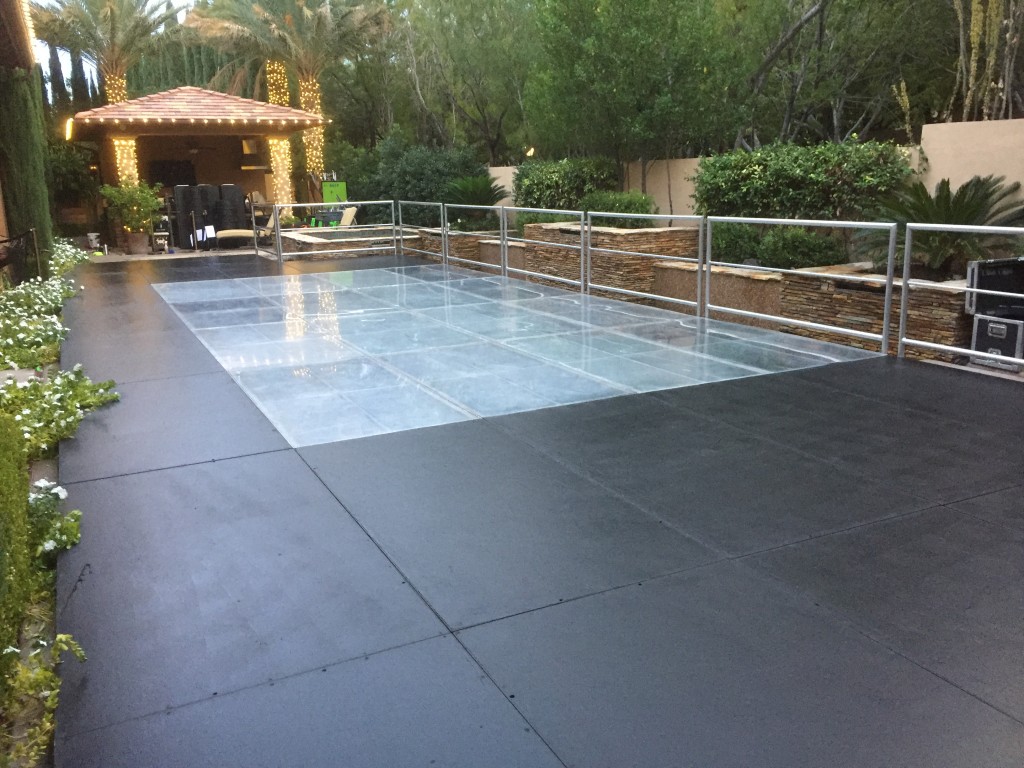