Los Angles, California – As many people know, Stage CMDR is a specialty staging company. This is defined by having a large arsenal of various types of staging equipment and not being limited to just 1 type of stage deck for example.

Recently a corporate event took place that called for an all clear stage to be provided from Stage CMDR’s LA branch. Since ceiling height was limited in the room, the lighting designer wanted to utilize Stage CMDR’s plexiglass acrylic “Commander Decks” in order to light up different elements through the stage as apposed to rigging lighting equipment and lighting from above the stage.

Lighting designers across the country favor Stage CMDR’s “Commander Decks” because they come in standard black wood decking, clear, frosted or grated surfaces. These 4 decks surfaces also come in a variety of different colors. Stages can be built with a mixture of all 4 deck surfaces or a combo of just 2 or however the client wants them. For example, using frosted decks on the front of the stage and clear in the back to uplight elements on the backside of the stage. Another example would be to build a stage using black decking and having black grated decks places in certain places to allow air from a fan to blow through the stage or some type of special effects like fog or haze.

There are endless, innovative staging possibilities with Stage CMDR! 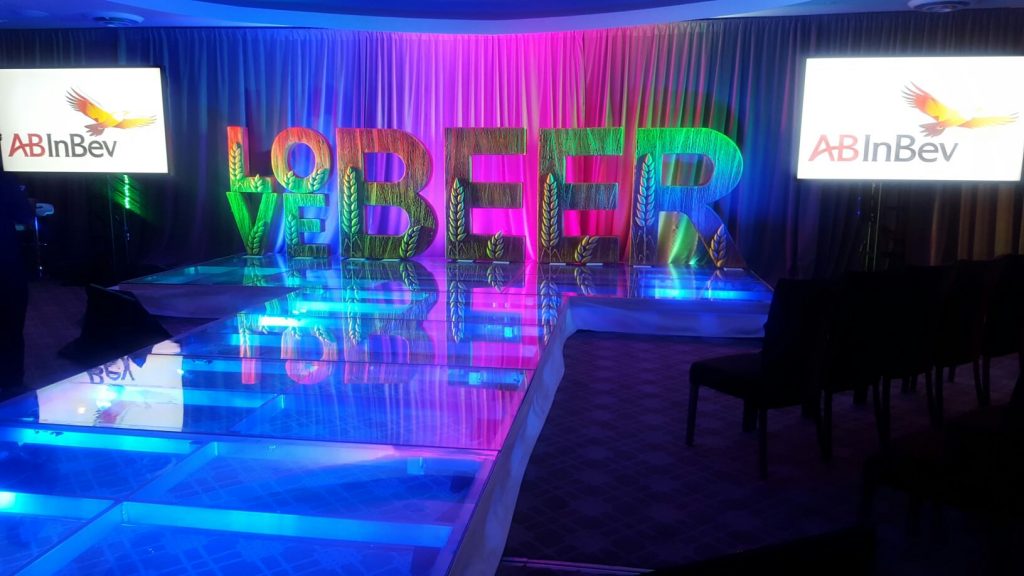